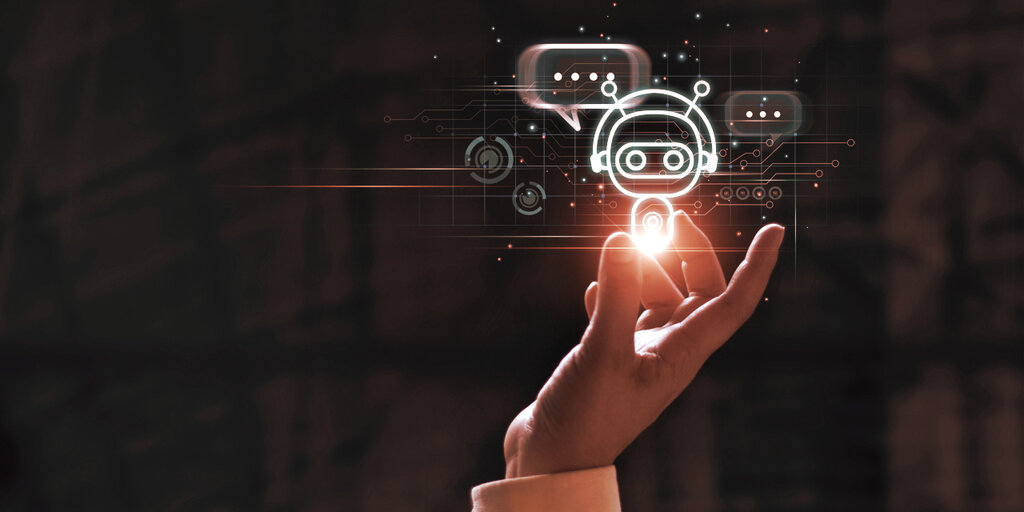 Gelato Network is a DeFi task automation protocol.
Its bots are used for liquidation protection on Aave and limit orders on Uniswap and Quickswap.
Gelato’s bots can be used for any task automation on DeFi, a value proposition that has convinced investors to jump in.

Founded in Berlin in 2019, Gelato is a protocol that automates tasks on decentralized finance, or DeFi, which is a wide network of non-custodial financial services built on smart contracts. Dragonfly Capital led the raise to help Gelato expand its automation offerings, with additional funding from ParaFi Capital, Nascent, IDEO CoLab Ventures, and Stani from Aave.

Automation on DeFi sounds counterintuitive at first: how can you automate smart contracts if they are themselves self-executing bits of code?

“That’s bullshit,” Gelato co-founder Hilmar Orth told Decrypt. “Smart contracts are actually not smart; they’re pretty dumb.” If nobody executes commands that are defined in smart contracts, nothing will actually happen, he explained.

If a DeFi protocol claims that it will compound the interest on your holdings every day, what usually happens is that there are bots running in the background that call the necessary function in the smart contract to make that happen. Most DeFi projects try to build and run these bots themselves. Gelato, powered by its token GEL, provides the infrastructure for developers to deploy those bots. So far it’s available on Ethereum and Fantom blockchains as well as Ethereum layer-2 solutions Polygon and (soon) Arbitrium.

Last month, Gelato released Cono Finance, the interface for bots that optimize debt payments on lending platform Aave. It helps prevent traders from getting “rekt” when they are close to liquidation. Since liquidations happen when a user’s collateral-to-debt ratio falls below a certain level, Gelato’s bots quickly rearrange a user’s finances by selling some of their highest value collateral for the debt tokens owed to Aave—a task that can’t be manually done as fast as a bot.

Another widely-used Gelato service is Sorbet Finance, which lets DeFi traders place limit orders on Uniswap and Quickswap. Limit orders—the purchase or sale of a crypto asset when it hits a certain price—is common on centralized exchanges like Coinbase and Binance, but it’s normally absent on decentralized finance.

With the NFT craze in full swing, Gelato bots are also used for functions related to the managing and minting of these crypto collectibles, Orth explained. “One day I saw a lot of transactions happening on Polygon and wondered, ‘What is this?’ Well, someone created a service called Gotchicare where you can basically task Gelato to automatically pet your Aavegotchi every 12 hours,” he said. Aavegotchis are NFT collectibles presented in the form of pixelated ghosts, and their owners need to pet them—interact with its smart code—to maintain a high kinship score as part of the game.

“I thought Gelatos would be used only for super complex interest-rate swaps or conditionally executing options, but then people use it to pet NFTs!”

The co-founders initially built Gelato with end-users in mind rather than servicing DeFi developers as it now does The idea was to offer a decentralized version of the IFTTT app that lets people automate tasks without having to code anything. Gelato would automate the task of buying Ethereum every time Mark Cuban tweeted about it, as its whitepaper suggested. But the protocol has pivoted since then.

“We realized it’s a bit early to focus on end users. Not many users wanted to automate tasks,” Orth said. The shift to servicing devs became obvious as a lot of developers reached out to Gelato to help them automate common tasks, such as sending out salaries every week.

Gelato wants to be Web3’s Amazon Web Services Lambda or Google Cloud Functions, which power some of the largest applications in Web2.

But a lofty goal like that requires many back-end engineers to offer a reliable service that is also permissionless and decentralized. The protocol will use the funds from this raise to expand its current team of 16 individuals. After all, bots can’t write the code themselves… yet.