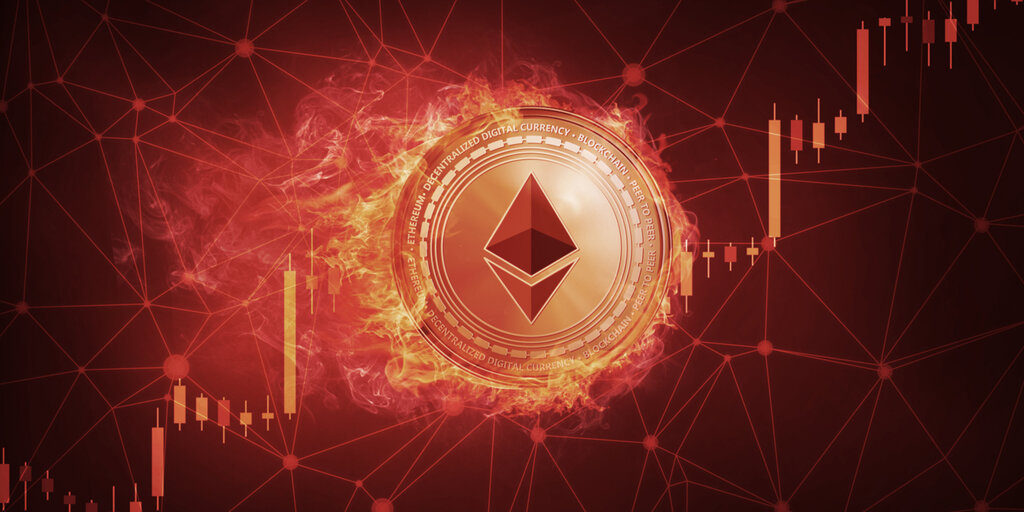 The price of Ethereum, the second-largest cryptocurrency by market cap, has spiked over 10% in the last 24 hours to secure a new all-time high—just two days after eclipsing its previous record.

On Tuesday, October 26, ETH coasted to nearly $4,300 before declining all the way back to below $4,000. But yesterday, the network underwent its third upgrade in seven months, bringing Ethereum 2.0—a faster, more secure network—once step closer to fruition.

The price of the asset has also benefitted from an August network upgrade—the London hard fork—which instituted a deflationary mechanism. Instead of paying fees to miners, who currently process transactions on the network, users now pay a base fee to the network—which promptly destroys it. Since reducing the rate of supply growth on the network, ETH has ascended from the mid-$2,000s to its current highs.

Meanwhile, Ethereum traders have been expecting the asset to extend its bull run. According to Bybt, over $1.2 billion in ETH options are set to expire Friday. More than half of the bets on the future price of the asset (by the October 29 deadline) wagered it to go above $4,500.

If that happens, it will be a new record for an asset that’s been setting them all year.

BITCOIN BULL TRAP OR NOT? Ivan on Tech Explains